Invariably a new technique or process is often fraught with counter-intentions that are usually seen throughout the field of study and across the board.  The relative benefit of such a process or new technology is directly proportional to the amount of consternation, doubt, and criticism that, it in fact receives. It takes all this on as its requirement to grow and to develop.

Veterinary cold Laser Therapy (VCLT) developed by William L. Inman DVM, CVCP, is the culmination of over twenty years of experience and application of healing technologies using a non-cutting or “cold” lasers on human beings and animals. This author has seldom seen a technology as valuable and inspiring, as this particular technology appears to be. Suffice to say you are witnessing the emergence of a completely new age in healing and certainly a total paradigm shift in veterinary health care.

The data transcribed in this article is designed to give you an introduction to the use of veterinary cold a laser therapy on the domestic animals.  The dog, the cat, and the horse can all be adequately treated with a number of modalities in a number of different disease conditions with healing equipment that does not even have to touch the animal’s body.

Disclaimer; the information in here portrayed is based upon the use of a number of different types of lasers the most important of which is the Erchonia-style laser provided by Erchonia Medical Supply located in Arizona. Other types of lasers have been used with limited amounts of success and only the Erchonia PL5 laser will be referred to in the in this body of information. We believe the PLS Erchonia Cold Laser to be the “state of the art” at the time of this writing and to use other equipment, although possibly effective to some degree, would be “kind of like kissing your sister”.

This author has found the helium-neon style laser, firing at 635nm, to be the most effective and the easiest to use.  Its application rates and application modes are superior to other types of equipment and are available at the time of this writing. Other equipment has been tested and reproducibility and efficacy has found somewhat lacking in those models. 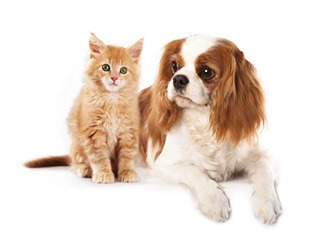 Light amplification by stimulated emission rays or L.A.S.E.R. is a means of directing highly concentrated coherent light at a concise wavelength to the muscles, tissues, organs, connective tissue, formed elements of the blood, and the living matrix of the body, are all involved and are all subject to laser stimulation and healing.

Photosynthesis is a means by which the light energy from the sun is gathered by reacting with chemicals in plant material to harness the energy of the quantum of light.  The sun’s light is discharged from the surface of the sun and spreads out in radiating beams that expand further and further apart as they travel from the sun. De to the radiating of the sun’s rays, the intensity of energy that is experiences here on Earth is just a small bit of the original radiation field density

Coherent light is polarized, and able to be location ally specific.  It does not radiate but rather it is directed to a specific location.  Its coherency allows the delivery of exacting quanta of light and in specifically high energy levels to exacting locations with exacting and concise wavelengths.

It has been proven that cells communicate through coherent light.  When a sperm and ovum fertilize, they immediately give off coherent light at precisely 632.8 nanometers.

Cells in the living matrix also communicate throughout the total body living things via a coherent light, and that communication is done instantaneously through the living matrix to direct all aspects of healing, growth, regulation of metabolism, and general cell survival.

To be able to dial into this communication process via an artificial methodology such as a cold laser is the ability to emulate the exact methodology is that the cells themselves use to heal themselves and also to grow, to change, and to survive. It has been said, “it is the way God talks to all cells, tissues, organisms and creatures.

Laser light then communicates to the cells on a very basic and powerful level. The nature of the laser light has several facets:

1. Wavelength: the actual wavelength of the light corresponds to how much distance the wave of light is from crest to crest. Such a distance (635 nanometers) is the length of light we are interested in and falls within the red band of visible light.

2. Coherency: light can radiate like the Sun’s light or it can be arranged due to stimulated emission via simultaneous excitation of electrons to higher atomic levels and their immediate retroversion back to a lesser level giving off exacting quanta of light at the same wavelength at the same time and orientation, or coherent.

3. Power: the amount of force or power delivered to a particular area with laser light is also dependent on the nature of the retroversion above and the amount of atoms artificially elevated to an unstable state and then allowed to degrade giving off coherent laser light. This is commonly evaluated in Joules/square centimeter and in many devices for medical therapeutics, is often too high.

4. Frequency: this is the turning off and on of the laser light per unit time, in this case pulses per second. The laser can be beneficial if shown continuously but has been proven to be able to “speak” to specific tissues and organs if modulated with specific frequencies. Without varying frequency ability, laser equipment can be only partially effective. A number of early lasers were found to give results but could not “speak” to specific tissues with these exacting frequencies so they were only marginally effective. This is why lasers therapy has not become a “big deal” until now. Also these devices in order to try to make them more effective their power in milliwatts were increased which at first appeared to make them work faster but they also would cause harm and negate the healing that they would do.

There are many reasons that the light therapy works on the structure and metabolism of living tissues. /some of them are:

1. Effects at the cellular level: the reduction of Reactive Oxygen Species (ROS) is a major effect of the laser light. It has been proven that the light at the proper wavelength repairs mitochondrial DNA (mDNA) and messenger RNA (mRNA), used to support and direct maintenance and metabolism in the cell. (Please see enclosures in the addendum of this work that can explain these effects better than I need to at this point).

2. Effects at the organ level: these effects are seen as the culmination of the combined effects of the rehabilitation of the cells and connective tissues repaired by laser light. As the cell heals, proper metabolism ensues and the organ resumes proper function.

3. Effects at the symptomatic level: in the case of animals we would say at the level of clinical signs but the resumption of proper organ function will then reduce signs/symptoms that were the hallmark of the disease process and are a barometer in the evaluation of the healing process.

4. Effects at the therapeutic level: then as the organs heal, the sign/symptoms resolve we see the organism heal.

There are various application modes in the use of VCLT. Each is used for a different purpose and is logically applied to enhance therapy and reduce treatment time. They are:

1. Continuous or static application: this mode involves placing the light over a point or points and pinpointing the therapy to one exacting location. This method was first used in laser application and requires the point laser to be directed to the exact foci. It is more tedious than other modes.

2. Motion or “flick” application: this mode allows the user to move the device in the more general area of the specific laser site and can be lightly “flicked” over the general area which allow a lot more leeway in the therapy. This application technique requires a very efficient lasering device that can deliver its effects with such a method. This mode is usually not possible with “dot” or “point” lasers as their energy is too closely focused to make such motioning hit the site adequately.

3. Pulsed laser application: this is of course the current preferred method as it allow us to program a specific frequency of laser light that will “communicate” with specific cells, organs, and tissues. This communication enhances our success at least ten-fold.

There are several types of beam shapes in current laser equipment. They are:

1. Dot types: these are the oldest on the market, require exacting placement and are often too strong or are the wrong frequency or wavelength.

2. Square dot types: these produce a small square box type beam and have some of the problems of the dot laser but can be modulated and are usually of a succinct frequency.

3. Line types: these are preferred as they can be used in the maximum application modes and can be easily motion up and down a meridian or laser site. They can be used to stimulate a whole meridian at one time and can be applied to a whole body area or just one focal point.

It is important to remember that the light from the Sun diverges and is not coherent. It does not penetrate the body well and is of unlimited wavelengths. A photon of coherent light is smaller than an electron and if we revisit our atomic and molecular theory, we are reminded that to shoot something as small as a photon of light through a large, thick solid thing such as the body, it would be like shooting a bullet through a sparsely treed forest. Eventually we would hit something but we would easily penetrate deep into the forest before we ran into something.

This is why we are able to deliver laser light deep into the tissues of even the thickest areas of the equine and bovine. You will notice that the treatment times for similar disease conditions, using the same frequencies are longer for the large animals than the dog and the cat. This reflects this phenomenon but in now way reduces or occludes our ability to effectively treat these “deep” tissues.