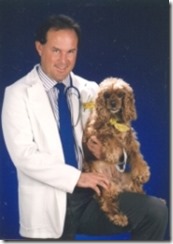 VOM was developed by William L. Inman BS, BS, DVM, CVCP, in Seattle, WA, in Dr. Inman's clinical practice from July of 1982 to 1996. It continues to be enhanced and perfected due to the input of over 6700 practitioners worldwide who have taken the VOM Technology training.

In 1996 he began teaching the VOM, VMR, Somato-Visceral, and Myofascial Release fulltime in lieu of clinical practice. Currently he is not licensed in any jurisdiction and limits his efforts to teaching only. He does not consult on specific cases as that infers clinical practice.

He is the founder and head of the International Association of Veterinary Chiropractitioners (IAVCP). The IAVCP is the largest animal adjusting organization in the world. In 2003 he developed an animal application of Cold Laser Therapy called: Veterinary Low Level Laser Therapy.

Dr. Inman has taught in excess of 6700 practitioners throughout the U.S. in a seminar series that is presented in five modules.  Unlike AVCA certification and instruction that takes 150 hours and five modules to complete, a veterinary Chiropractitioner (VCP) can adequately apply VOM after a "VOM Small Animal Module One" seminar attended in their home town in a weekend, However five modules are recommended and are delivered in a long three-day weekend.


Click here for more information about William Inman and VOM.
.